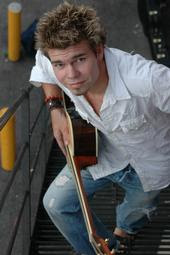 LIT & CLIT: The GLBTQ Literary Festival is officially under way. Last night I went to the kick-off event featuring Lambda Award-winning poet Jim Elledge and local writer and activist Maria Helena Dolan. Megan Volpert hosted and a short open mic followed. I didn't read...wasn't in the mood. Jim read two sections from The History of My Tattoo, which were brilliant. The poem about getting a tattoo, the sensation of the needle both pleasure and pain. Mmmmm... Maria read lesbian erotica and used so many adjectives to describe her clitoris that if I wasn't already a gay man, I would have been by the end of the evening. Lawdy me.

Tonight I went to the monthly Cliterati reading at The Spot. I hadn't read there in ages and Theresa, Karen G., Shannon Leigh and special guest Dennis Florine were reading, so I printed up some stuff from Wake and headed over there. It was fun. I thought Dennis was a 'mo, but he's straight. Figures. You know how all the women say all the cute guys are gay...that ain't necessarily so. Just look at him. Very nice guy and talented as hell, too. Poetry, music, the whole bit.
Tomorrow night, I'm doing a short reading and introducing the Art Amok slam team at the official opening night of the GLBTQ Fest at the Central Library downtown and then featuring on Saturday morning. A busy weekend ahead and trying to get ready for London. More soon.
Email Post

Anonymous said…
That boy is hot.