Get a jump on your Black Friday and holiday shopping and pre-order the first two books in The Venus Trilogy – Conquering Venus and Remain In Light – today from Sibling Rivalry Press. The books are on sale for a special pre-order price of just $11.96 each! If you want the eBook versions, they are available right now for just $6.99 each. 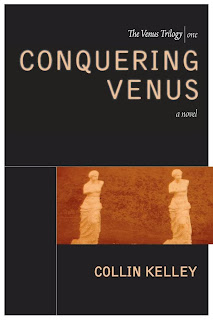 The Venus Trilogy Book 1: Conquering Venus
In the summer of 1995, young American writer Martin Paige agrees to chaperone a group of high school seniors on their graduation trip to Paris as a favor to his best friend, teacher Diane Jacobs. Diane hopes Europe will act as a catalyst to lift Martin from his grief following the suicide of his lover, Peter. But the trip proves to be more than either of them bargained for. Martin finds himself falling in love with one of her students, David McLaren, who is unprepared to cope with his burgeoning sexuality. He also meets a mysterious Parisian woman, Irène Laureux, who is debilitated by agoraphobia and spends her days spying on the hotel guests across from her apartment. All the characters lives are irrevocably changed in a horrifying terrorist attack on a Paris metro station. Liberated by the blast, forced from her own self-imprisonment, Irène learns her husband’s death was not an accident, and dares Martin to acknowledge the role he played in Peter’s suicide. Diane, harboring her own secrets and a hidden agenda, takes a drastic step to force David out of the closet and admit his feelings for Martin. From America to England to France, the globe-hopping story places fictional characters amidst historical events such as the Nazi occupation of Paris, the student/worker riots of 1968 and the terrorist bombings of Paris in 1995. 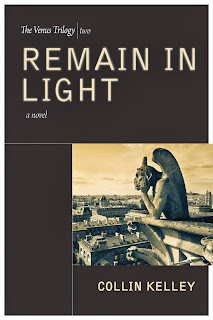 The Venus Trilogy Book 2: Remain In Light
In 1968, Irène Laureux's husband was murdered during the Paris student and worker riots. Thirty years later, she is still on the hunt for the man who knows how and why Jean-Louis died – his secret lover, Frederick Dubois. Aiding in her search is American expat Martin Paige, a writer still reeling from a love affair gone wrong with a student, David McLaren. Martin meets a young poet, Christian, and the two fall in love, but their happiness is shaken when Martin's friend, Diane Jacobs, arrives in Paris with news that David has gone missing. Diane discovers that David's disappearance is more than just a missing person case with connections to drugs, stolen identities, long-hidden government secrets and a shocking connection to Irène's past. This literary mystery takes readers from America to London and into the dark underworld of the fabled City of Light. A 2012 Townsend Prize for Fiction Finalist & 2013 Georgia Author of the Year Award Fiction Finalist