Midnight in the forbidden living room, closing doors quietly behind me, unknowingly opening a path from which I will never veer, even later when I become older, succumb to any zeitgeist.

I turn on the TV and she somersaults across the screen, startling the rolling vertical hold into stillness, her siren voice makes me fumble in the dark for volume control, I put my hand against the screen, feel the static in my fingertips, a transference of energy in 1981 that delineates past and present, a woman who calls herself Cathy, wants to come in through the window.

But she wasn’t coming through, I was going in, my link to her a series of hot boxes where she would appear without warning over decades like the Virgin, her songs a catechism, her name a prayer I chanted at the backs of retreating lovers, divorcing parents and death, and even in her absence, the music never faltered like I did, songs willing pills back into bottles.

That night I put on my armor, never had a ring put on my finger, blew kisses across the ocean, for inspiration and strength, for God to keep her even when he wasn’t keeping me, and now, when I am driving or dancing, walking in Los Angeles or London, the song remains the same, her name an utterance: Kate, Kate, Kate. 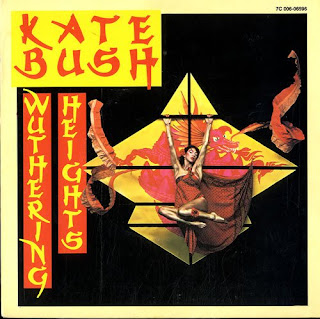 Kate Bush released her first single, Wuthering Heights, 40 years ago today. Without her music, I would not be a writer. She irrevocably changed my life, and I am forever grateful. This poem is forthcoming in my chapbook, Midnight in a Perfect World, from Sibling Rivalry Press.
Email Post
Labels: chapbook Kate Bush London Midnight in a Perfect World music poem Poetry Sibling Rivalry Press UK Wuthering Heights