New essay on Kate Bush, plus a podcast appearance 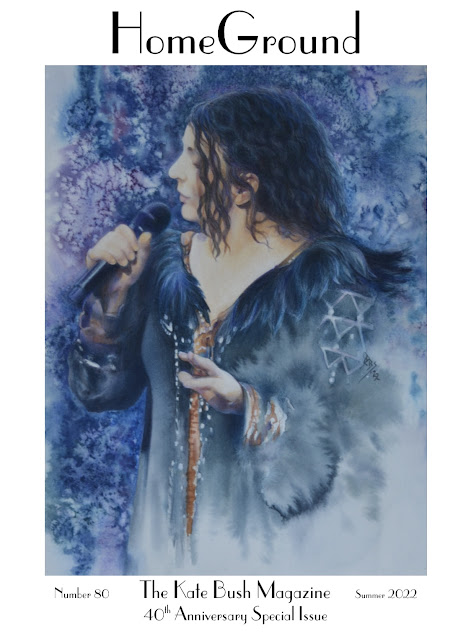 As longtime readers and friends know, I've been a Kate Bush fan since 1981 when I happened to catch two of her videos – "Wuthering Heights" and "The Man With the Child In His Eyes" – on the old Night Flight program.

With "Running Up That Hill (A Deal With God)" still riding high in the global music charts after its use in Stranger Things, I was asked by friend and Kate Bush News curator Sean Twomey to appear on his podcast to discuss the meteoric rise of "RUTH" 37 years after its release and finally making Kate a household name. Listen here.

I was also thrilled to contribute a new essay for the 40th-anniversary issue of HomeGround: The Kate Bush Magazine. The essay, "A Little Night Music: Kate Bush as Constant Companion," chronicles my early encounter with Kate, traveling to see her in concert two nights in a row back in 2014 (a 35-year dream realized), and how her music was a balm during my cancer treatment.

You can download a free copy of HomeGround at this link.