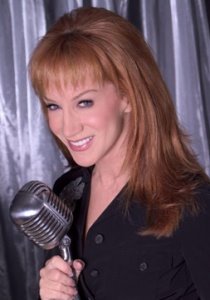 EYE & I: This past Sunday evening, I noticed the lower eyelid of my left eye was red and puffy. I suspected a case of conjunctivitus (that's the technical term for "pink eye"). I put in some over-the-counter drops to flush out my eye and hoped maybe I had caught it in time to stop it from becoming a full blown case, which I've had before and is very uncomfortable. I got pink eye for the first time in 1995, after coming home from London. Oddly, this set in right after coming home from NYC. I figured I had picked it up along the journey. By Monday morning, my left eye looked like someone had punched me in the face, so I went to the urgent care center up the street from my apartment. The doctor said it wasn't conjunctivitus, but simply a blocked tear duct that had become infected. He prescribed antibiotic drops for use every four hours.

By Wednesday, my eye was still swollen and painful and even looked a little bruised. Of course, that evening was my reading with Karen Head at Callanwolde...my last big Atlanta event for Slow To Burn and I was going to have to go in there looking like I'd been decked in the face. I put in a phone call to a trusted doctor friend (who said I should have come to him in the first place), who advised me to cut back using the drops to twice a day, because overuse could set up a secondary infection and increase redness. I flushed my eye out with another mild over-the-counter type of drops. Once on the new regimen, my eye started clearing up. By Wednesday evening, Karen swore she couldn't even tell which eye was infected.

Today, there is just a hint of puffiness and it no longer hurts. Which is a good thing because tonight my friend Liz and I have front row (!!!) seats for Kathy Griffin's stand up show here in Atlanta at the Ferst Center. We're making an evening of it with dinner, going to Dr. Madelyn Hatter's new open mic at Aurora Coffee House in Little Five Points and then heading over for Kathy's 10:30 p.m. show. She's doing two, because they both sold out in about six minutes. I can't wait to hear her rip on Bush and the celebrities.

Anyway, Callanwolde was a great reading. There was a massive thunderstorm and tornado watch issued about half an hour before, so Karen and I figured the turnout would be zilch. We were thrilled that between 30 and 40 folks showed up (including good friends like Cleo, Rupert, Elaine and the always delovely and delicious Jennifer Perry). Karen gave one of her best readings and I trotted out a few new pieces and read some work from Slow To Burn that I usually don't read for an audience. Many thanks to Ruth Windham and the Poetry at Callanwolde committee for inviting me again. Callanwolde reallly is great venue. 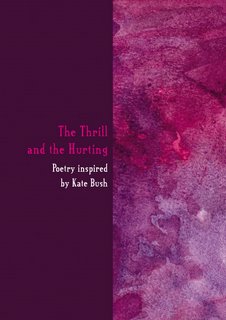 So here's a bit of a bummer: My readings in London have totally fallen apart. I'm going to do an extended set at The Poetry Cafe during their open mic session, and there will be two release events for The Thrill & The Hurting anthology in Yorkshire and London, but my dreams of a big feature did not pan out. I am excited about The Poetry Cafe, because it is the venue to read at in London. I suppose I should be upset, but I'm not. I'm just excited to be back in the UK for 10 glorious days with good friends. It's going to be a leisurely trip with lots of dinners, shopping, films and going to museums...my favorite activities when I'm in the capital.

While I was just typing this...I got a note from Kyla Fox in London that the The Thrill & The Hurting has been printed! The books are on their way to her now. Can't wait to get my mits on one of them.

One other quick bummer: I've made two submissions of poetry to magazine's this year. One was accepted at poeticdiversity and came out in August. The other was to The Southern Review's call for "new southern writers" to submit for a special issue in 2007. I sent the poems about a week and a half ago and they were returned today with the standard form rejection. I don't even think they were read. Anyway, that's the fastest rejection I've ever received. Ah, well...
Email Post

Anonymous said…
which night will you be reading at the poetry cafe ? cos i go there sometimes
4:38 PM

Montgomery Maxton said…
tell the truth, that bi guy clocked you.
12:37 AM

sam of the ten thousand things said…
Pink eye is a tough gig. Glad you're about over that.
9:25 AM

Unknown said…
a week and a half?

sheesh. what a bummer.

hope your eye is feeling better. when will you be in charlotte?
3:27 PM