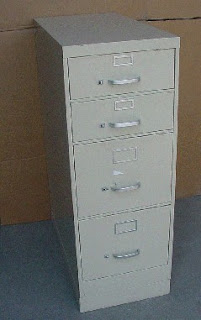 AWP REPORT: No disrespect, but I would file day one of the AWP Conference under the heading cluster fuck. Maybe it's just me, being an AWP virgin and not realizing just how intense it would be. Organizers are saying over 5,000 are in attendance for the conference, which would be a record. It looked to me that AWP has pretty much taken over the Hilton. Everyone was wearing the badges and carrying the program, which is the size of a phone book. There are so many panels/readings happening, the book fair is enormous and impossible to navigate and, on top of all this, we are having some seriously shitty weather. I mean monsoon-style rain.

The storms blew in this morning around 5:30 a.m. and woke me up. I went back to sleep and didn't realize that the power had cut off and come back on, so my alarm didn't go off. My goal was to be at the hotel by 10 a.m. to make it to Cherryl Floyd-Miller's panel, but I wound up not rolling in until 11:30. Parking was a nightmare, and I ruled out the subway because walking four blocks in the blowing rain didn't seem appealing. I met Beth Gylys and Chelsea Rathburn on the way in, and the volume of people milling in the lobby gave me an inkling this was going to be massive. I went down to the book fair to drop off Slow To Burn and fliers for tomorrow night's reading at Portfolio Center and quickly ran into Tom Lux, Mike Dockins, Travis Denton, Karen Head, Will Kenyon and a host of other familiar faces. I rushed back upstairs to go to a gay and lesbian panel, because Maureen Seaton was supposed to be there, but found out she had cancelled. Sigh. Luckily, Jessica Hand was there to keep me company.
I went back down to the bookfair and pretty much stayed there the rest of the day manning the Georgia Writers Association table with Ralph Tejeda Wilson and Geri Taran. The main complaint was that the air conditioning wasn't working properly coupled with the thousands roaming the aisles. It was sweltering. At some point, the smell of acrid smoke filled the space and that was freaking people out. The GWA table was across from Greywolf Press, which was very popular. We got very little traffic and I sold no books. Not really a surprise on either count. There are so many presses, programs and colleges competing for everyone's attention, it's just impossible to see it all. It was strange, but flattering, to have total strangers come up and tell me they knew me and read this blog. Big shout out to Manuel and Kelly from Nebraska!
I went out to dinner with Peter Pereira and Geri, and afterwards we decided to call it a night. There were a bunch of receptions and the keynote address by Lee Smith, but I just wasn't feeling it. I was (and still am) exhausted. I need a good night's sleep before facing AWP for two more days.
Got home in time to see the train wreck that was American Idol tonight. What are the viewers and voters smoking? Antonella, despite her blow job and crotch baring photos all over the internet, got enough votes to stay, so I guess she's getting support from the skank hos who watch the program. Nick went home, which was no big surprise since he had the charisma of a turnip. Alaina also got sent packing -- again no big surprise. BUT....AJ got voted off!!! Say what? He and Miss Sanjaya were in the bottom two, and Sanjaya got enough votes to stay? Insanity. The competition is really only between Lekisha, Melinda and Blake anyway. They should just send the rest home.
More on AWP tomorrow.
Email Post

Jennifer said…
Collin,
I am so glad to hear you've finally had your AWP cherry popped! I lost mine in Chicago three years ago and then got poked again in Vancouver the following year. I hope I can come over at some point this weekend, maybe Saturday.
10:54 PM

Anonymous said…
Thanks for reporting from the front of po-biz social networking guerilla warfare. Fun to hear your take.
11:35 PM