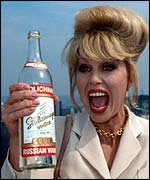 POETRY AT TECH READING, WAKE, LYNCH: Last night at Java Monkey Speaks, I was formally asked to read during the 2007-08 Poetry at Tech series directed by Thomas Lux. I'll be reading on Dec. 7 on the campus of Georgia Tech. I'm honored, excited and overwhelmed to join the ranks of poets who have performed in this series -- Patricia Smith, Billy Collins, Lucille Clifton, Rita Dove and Mary Karr are just a few. I'm privy to some of the other incredible names coming to Tech for the new season, but I don't think they want me to mention them just yet. What I can tell you is that it's pretty damn spectacular and the fact that I'm among them is mindblowing. A million thanks to Tom and Travis Denton for the invitation.

My manuscript, Wake, is leaving the nest this week for two contests and a couple of presses who have open submissions. I sat with it all yesterday afternoon, doing that final line edit, creating a table of contents and preparing an acknowledgment page for the previously published poems. I knew the book was ready to fly when I was re-reading Margaret Atwood's 1981 collection, True Stories. For nearly a year, Wake has started with a quote from Atwood, and while I loved the quote, the more work I did on the manuscript, the less the quote fit. I knew I still wanted an Atwood quote for this book because I think both her poetry and recent fiction informed and nourished me while the poems in Wake were being written, especially her collection Morning in the Burned House where she writes so eloquently of her father's illness. So, I am reading True Stories and I come to the poem "Mushrooms," which closes with this stanza:

Here is the handful
of shadow I have brought back to you:
this decay, this hope, this mouth-
ful of dirt, this poetry.

For a long time, I just sat holding the book in my hands with my brain saying...yes, yes, yes. I came back to my computer, put the stanza in and Wake, at last, felt complete.

I'm often accused (because it does sound accusatory sometimes) of being a "prolific" poet. I have to remind folks that this book has been in the works since 2005. Slow To Burn was a fabulous stop-gap, because I was ready to get new work out, but another full collection just wasn't ready. In about two months, it will have been four years since my first book, Better To Travel, was published. As I was adding the table of contents to Wake I realized that some of the poems are eight or nine years old. They were in existence when Better To Travel came out, but they either didn't work or I was too chickenshit to include them. I'm hopeful and excited about this new collection. Every poem feels vital, and I hope readers will agree, because I hate filler and did my best to cut out the fat. I'll keep you posted on what the presses/contests have to say.

I got the proof of my poem "Go Somewhere With Me" for the The Private Press' next David Lynch-inspired anthology, which will be out later this year. Editor Ivy Alvarez had tentatively titled the book Deranged, but I found out Saturday that she has gone with something much, much, much better: We Don't Stop Here. It's so good, I wish I had a book called that, but I will gladly settle for being included in a book with that name. Thanks again, Ivy!

This has been a good weekend. Like my mentor Pasty Stone would say, it's time to break out the Stoli. Cheersthanksalot.

P.S. Foetry has left the building.

Kate Evans said…
I, too, raise my Stoli to you.

And it's awesome to hear about the new quote. Seems just right.
12:56 AM

Anonymous said…
Congrats on everything! Let's have a Stoli-Boli!

sam of the ten thousand things said…
Here's to you, Collin. Congratulations on all counts.
10:05 AM

DeadMule said…
Collin, I am so happy for you. The reading at Tech sounds exciting, and you sound so confident about your book. I wish you the very best in getting it out there. Helen
10:35 AM

Collin Kelley said…
Thanks, everyone!
7:50 PM