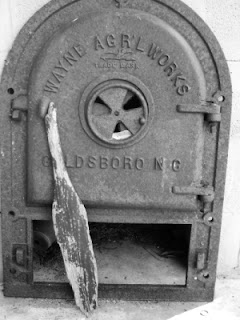 UPCOMING PUBLICATIONS: When it rains, it pours. I've had a number of poems accepted to various journals and anthologies over the last couple of weeks. I've already posted about the forthcoming David Lynch/Mulholland Drive-inspired anthology We Don't Stop Here coming out in late summer from The Private Press, but here are a few more:

The Other Voices Project - I am a featured poet right now at this incredible online 'zine that features poets and writers from around the world. Four previously published poems are highlighted including "As The Rush Comes," "Wonder Woman," "What Remains" and "The Virgin Mary Appears In A Highway Underpass," plus a new poem which is in Wake called "Christmas Day." A print anthology is being published in the near future and some of these poems will be included. You can go directly to my feature section at this link.
Crux: a Conversation in Words and Images – South Africa and Southern USA - This anthology will be published in conjunction with the US Social Forum held in Atlanta, June 27 to July 1. Two of the ekphrastic poems in response to the Body Maps exhibition about women living with HIV/AIDS in South Africa will be included in this anthology. This series of poems is very special to me, and I'm glad they continue to find an audience. More details on this soon.
The Dead Mule School of Southern Literature - This brilliant online magazine is currently featuring such notable poets as North Carolina Poet Laureate Kathryn Stripling Byer, Sam Rasnake, Jenni Russell and Pris Campbell. I'll have three new poems coming out in the summer issue, which will go live in July.
Email Post

DeadMule said…
Wow, Collin. Thank you. We are working hard to make the Mule something special, both with its prose and poetry. Thanks for helping us do that. Helen
8:38 PM

Montgomery Maxton said…
i like the christmas day poem. i've long liked the others.
8:48 PM

Oh, and thanks for the congratulations about the award. It was actually a mistake. They took it back. But it was nice for a moment.
2:07 AM

Anonymous said…
You are really on a roll! Congrats!

Kate Evans said…
Dang you're on fire (not SLOW to burn)!