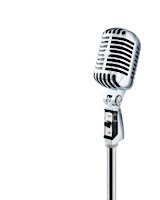 It's National Poetry Month, so that means my reading schedule has seriously picked up, starting with the 24 Hour Poetry Feature, which is a national event, this weekend. I'll be reading all sorts of sexy and political stuff at midnight on Saturday/Sunday at The Horizon School, 1900 DeKalb Ave. There will be 24 hours of poetry readings, including an open mic on Saturday, starting at 8 p.m. Saturday and going to 8 p.m. on Sunday. Many of Atlanta's top spoken word poets will be there -- Theresa Davis, Karen G., Stefan Micko to name but a few. God knows what will happen in those wee hours, but I'll try to stay and see some of it. This event is also acting as a fundraiser for the Art Amok and Java Monkey slam teams, so come out, show your support and bring some cash. Visit the Art Amok page on MySpace for more info.
You'll also see I have a number of other readings coming up, including two for the CRUX anthology (the first one is at Silk Cafe in Decatur on April 10 at 7 p.m.) and a reading at Outwrite Books on April 15 with Franklin Abbott, Robin Kemp and Reginald Jackson. I'll be previewing work from After the Poison. I was also thrilled to get an invitation by The Literary Center at the Margaret Mitchell House to be a featured poet at the Georgia Author Book Bash in June. Click on the links in the Upcoming Readings header in the blog sidebar at left for more info., directions, etc.
I can also tentatively announce that I will be reading in New York in late October with Thomas Lux and Vijay Seshadri organized by the great Jackie Sheeler. I'm very excited to share a stage with them. More on that soon.
I totally blew off Emory University's big poetry extravaganza, A Fine Excess, on principle. Snodgrass, Salter, McClatchy, Strand and Wilbur were all on the bill, and while it was free, you had to fill out this form and send it back to Emory listing your title and university affiliation. Since I had neither, and since this event seemed to be totally tuned to academia, I said fuck it. Several folks I know sent in their registration form and never heard back. I also found it odd that two of Emory's most noted poets -- Kevin Young and Natasha Trethewey -- weren't even on the program. What's up with that? The whole set up just turned me off, and I had better things to do with my time (like paying the government nearly $700 in taxes that I don't have). Mary Jo Salter is reading at A Cappella Books in Little Five Points on Saturday night, and since she's the only poet I really wanted to see, I'm not sad for missing what was mostly a gathering of old white men. I'm just sayin'...
And if you're looking for somewhere to read your work in Atlanta or want to see some great poets in action, make sure to check out the calendar at Poetry Atlanta.
Email Post
Labels: 24 Hour Poetry Feature A Fine Excess Poetry readings

Lisa Nanette Allender said…
WHEW! There's SO MUCH goin' on...I gotta get out more often!
"Break A Leg", Coll, at all your performances...
9:33 PM

Anonymous said…
You're missing a great time. Kevin Young curated the exhibit of th 70K-volume poetry collection that this event celebrates. He and the Emory staff did a FANTASTIC job. See it on the 3rd floor of the library. Are works like a first edition of Leaves of Grass, a case combining the Fugitives and the Harlem Renaissance, books by Tyhembia Jess, Muriel Rukeyser, Ginsberg, Burroughs, and many more "non-academic" enough to be worthy of a look? Is Navy vet and Iowa workshop dropout Dee Snodgrass too "academic?" Really, this anti-"academic" stance is a red herring. Good poetry is good poetry, wherever it manifests itself. Second-hand propaganda/ gossip is no substitute for first-hand experience.

And you would do yourself a great disservice if you were to miss Friday's lineup. I know of at least one poet you'd be slavering over to book/read with/etc.

I'll write it up on my blog for those who do miss it, but why cheat yourself out of the experience? RICHARD WILBUR, for cryin' out loud!

As for forms--you just have to write "Independent Scholar" or "Intown Atlanta Editor" or any such stuff and that will do the trick. Incidentally, you don't need a ticket or anything, either--you can just show up.

See you Saturday, at least, and next week,

Collin Kelley said…
I don't think it's so much a "red herring" as the perception given by Emory that the general public wasn't welcome. I didn't design the registration form. I also find it interesting that this event is held during the day, when most people are at work. I certainly couldn't afford to take three days off from work for this. Not a single evening event on the entire schedule. You can say what you like, Robin, but this event was not intended for the general public at large. If so, it would have been held in the evening or the weekend when the actual public might have attended.
10:06 PM

Anonymous said…
Hogwash, love. Tech, God bless 'em, regularly holds its events at 4:30pm. I was talking to someone at Emory today and we discovered we have the same beef--no one in this city bothers to coordinate readings--they just make their schedules and to hell with whatever else is going on. At least the universities could coordinate *their* readings! It's an endless source of aggravation for a lot of people, apparently.

You know that I'm not Emory's form-maker. I'm just offering a tip for those who are non- affiliated poets and aren't sure 1) whether they're "really" invited or 2)what to call themselves when events like this come up. This happens all the time, not just here and now. Emory's e-mail invitation was forwarded all over town. I haven't heard anyone report that they were told *not* to come. I myself never got any confirmation. They merely asked for a head count so there would be enough coffee and chairs. (We don't need no steekin' badges!)

There were some decidedly "non-academic" (whatever that means) people there today. I met two cattle ranchers from West Texas who came up on a lark. One also happens to write for Livestock Weekly. We had a lovely chat over lunch and it wasn't the least bit academic.

Try to see the big picture here, Collin. To dismiss some of the greatest living poets writing in English (not all of whom are men or white) is patently unfair, no to mention disrespectful of them and their work. Personally, I enjoy hearing great poets whose work has endured over several decades. I learn a lot from such folks, regardless of their socioeconomic, genetic, or (gasp!) political particulars.

One function of the university is to bring cultural events to the community free of charge, which Emory has done in this case and many others (Mario Vargas Llosa?! WOW.). The problem is that anti- intellectual propagandists love to create a false binary between Academia and The People. This false binary gets a lot of play among people who make assumptions about what a university represents. (I could give you an elaborate academic explanation about Kitchener's stages of adult intellectual development, but that
would be... too academic.) Suffice to say that no one and nothing is going to keep me from feeding my intellect. I might not be able to pay Emory's tuition but, as a starving poet,I know how to use its resources to my advantage.

Incidentally, there was a great deal of discussion yesterday about how the university can be MORE involved in cultural life outside the ivy walls. I think you would have gotten a lot out of it and may well have contributed something to it.

You can (and should!) go see the exhibit when you have time, which is the real main event.

If you are able to come tomorrow, then you should fill out a comment card and make your points about the scheduling and the lineup directly to the conference organizers. If you can't, then you should drop them a note. If you don't tell them, they won't know.

Personally, I've cut all my classes and am juggling an *insane* workload overnight for the duration. I am not going to mis one second of it.

Collin Kelley said…
Yes, I'm well aware of Tech's schedule since I featured there this season, but 4:30 is a helluva lot easier to manage than three entire days. I do plan to see the exhibit, but since I'm also a starving poet working as an editor, I can't take three days off. Sorry. I don't know anyone else who's a "working" poet who could manage it either. I mean, come on, even AWP does their conference on the weekend.

That's by no means dismissing the poets or their work. Admittedly, I'm not a fan of every poet on the roster, and Salter was the big draw for me, but I wouldn't have minded seeing Snodgrass either just to say I had. I'm sure they had nothing to do with the scheduling, which, whether you like it or not, was created with academia in mind. There's no "false binary" there, just fact. Or maybe it was just lousy planning and poor judgement at Emory.

Regardless, I won't be able to make it and I think Emory missed a huge opportunity to get more people -- poets and non-poets -- with it's decision to hold this during academic hours.

Leslie said…
I gotta say, if I could have afforded plane tickets, I'd have flown in for this Emory thing.

Wilbur, Strand, Williamson, Snodgrass, plus not-male, not-white Erica Dawson, and Mary Jo Salter and all the rest mentioned by Robin above.

And free? Damn. Where I live there might be one decent reading every year. And I'd still have to drive for almost 2 hours to get there.
5:14 PM

Collin Kelley said…
Anne Sexton would have to be resurrected from the dead to get me to fly two hours to hear anyone...free or not. lol
6:01 PM

Anonymous said…
This working poet was there, as were many others. Priorities and skeds are always difficult to negotiate for any given event. For me, though, it was a great opportunity to see old friends, learn a lot, and make new friends who understand the kind of work I do (because they're doing it, too).

I do think that you should walk over to Emory and look at the exhibit in your free time. You won't believe the books they have on display, and Kevin did a super job of curating. Today he gave a guided talk, which only added to the pleasure of seeing great first- and rare editions by a wide range of poets and schools. And Anne Sexton's hand is there, if not the rest of her.

Janice from Young Harris asked about you, wondering why you weren't there, BTW!
7:41 PM

Collin Kelley said…
A day in the life of a working poet: