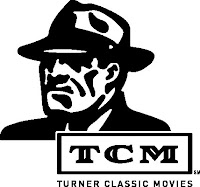 Let me dial back to Friday and start there. I took MARTA (Atlanta's ho-hum subway) to Decatur for the Pride Reading at Wordsmiths Books. Decatur was having a big Fourth of July parade-festival-fireworks and parking there is already hellish, so since the subway station is literally outside Wordsmiths' door, I hopped aboard. The reading was good with lots of familiar faces and great performances (I showed up just as Ryka Aoki was starting her set and also got to see Corey Houlihan perform). I read from After the Poison, although I wasn't in the mood and while everyone said I read well, I felt like it was all by rote. Ah, well...these moods happen.

Poet Lisa Allender was there along with her mom and friends Coral and Gigi, so after the reading we walked across the crowded Decatur Square (where a parade had just ended and folks were settling in for the fireworks) and ate at the Atlanta Bread Company. I was planning on going home after dinner, but wound up sitting in the square with Lisa and Co. to watch some of the fireworks. It was good to hang out with them and the weather actually cooled off a bit as the sun went down.

Despite my subscription to Netflix and hundreds of cable channels, I have become addicted to Turner Classic Movies. I spent most of the rest of the weekend reading (David Sedaris' When You Are Engulfed in Flames is hilarious) and watching Vertigo, Suspicion, The Apartment and Goodbye, Mr. Chips. I've seen these movies many times, but having a weekend of them was a real treat. I now find myself checking out TCM.com and channel surfing to make sure I'm not missing anything. My transition to senior citizen is going to go very smoothly, I can tell. Soft foods and black and white movies. Hooray.

I also watched the season four finale of Doctor Who, my favorite television program. It was a big, flashy ending, but the resolution of storylines was both satisfying and heartbreaking. The long-suffering companion Rose Tyler finally got the Doctor (sort of), while Donna Noble had her memory wiped after she became part Time Lord to save the universe from Davros and the Daleks. Comedian Catherine Tate was a revelation in the dramatic role of Donna, adding a much needed conscience and dramatic note to the show. I hope she wins a ton of awards for this, and I hope they can convince her to return for a future show. At the end of this post you can see the teaser trailer for the big Doctor Who Christmas special, which will air sometime in December.

And to continue my weekend of TV watching (I know, I know...slug), I also watched the epic Wimbledon match between Nadal and Federer. It was so exciting and Rafa is a hottie. I loved how he was nibbling on the trophy during his victory lap. Oh, to be that trophy.

I received and email from Finishing Line Press that After the Poison might be ready by mid-July. If that's the case, pre-orders will begin shipping to all you kind people who ordered back in May. Thanks for your patience. The first official reading for the book is going to be at the Decatur Book Festival on Labor Day weekend. Karen Head and I will read at 1 p.m. on Saturday, Aug. 30. They already have our photos and bios on the DBF website, just click the previous links to see them. Huzzah!

Anonymous said…
Yes, TCM! we love happening into an old movie, trying to guess who the actors are, then checking the website to settle arguments - in the last week loved Tom Jones for being so far ahead of its time - also "loved" Ben Hur and Thunder Road, both for being so bad they were "good"
8:56 AM

sam of the ten thousand things said…
I know exactly what you mean about TCM, Collin. I agree absolutely. Looking forward to After the Poison.
10:03 AM

Anonymous said…
Don't go to the dark side!!!

Anne Haines said…
Check out the picture of your tennis hottie on my blog. ;)

He always chews on his trophies! His dentist must hate him...
2:45 PM

Lisa Nanette Allender said…
Coll, we loved hanging out with you, too! Great read at Wordsmith's (no matter how much you feel it was "by rote", it felt "fresh" to us).
Congrats on DBF, that's a great venue!
1:59 AM

Reading the Signs said…
Collin, it seems rather a long wait until the Christmas special. I'm already having withdrawal symptoms!
4:21 PM