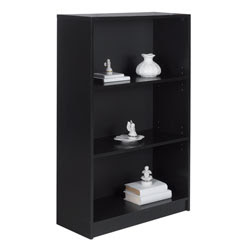 It was a very long week at the day job, but I think I'm finally getting into the swing of it. However, by Friday night I was totally zonked out. I grabbed some dinner, came home and worked on a second draft of the new poem. It still needs a ton of work, but I'm happy with it. I've written about two poems in two months time, which I consider a dry spell. I also read a brilliant new chapbook and wrote a blurb for it at the poet's request. I'll be pimping it here as soon as he gives me the thumbs up.
On Saturday, I slept in late (until noon) but felt really lethargic and had zero motivation. I was supposed to be a surprise guest at The Rent Show reading at Urban Grind coffee house, but I begged off. I hope they'll have me back. Instead, I wound up on the couch watching all four hours of Gandhi on Turner Classic Movies. I think I first saw Gandhi in 1986 when I had a crush on a college boy who was trying to politicize me. I would have watched paint dry to sit next to college boy in a dark room for four hours, but I didn't remember very much about the film. It's brilliant. Ben Kingsley -- who was a ringer for the real Gandhi --  definitely earned that Oscar in 1982.
Today, I felt better, so I went over to the Office Depot and bought the new bookcase (pictured). It's black, three shelves and took forever to assemble. Why can't you just buy a damn piece of furniture already assembled these days? Well, I guess you can, but you have to pay extra, and I don't have extra to spend. For $49, I guess I can't complain. It does look good -- basic black -- and it has given me tons of new shelf space for all the poetry collections I own. It also allowed me to get rid of the ugly, laminate two-shelfer I bought at Crate & Barrel back in the mid-90s. I'm also chucking a floor lamp circa 1991. I thought I might put them on Freecycle, which is sorta like Craigslist where you offer stuff for free rather than put it in the trash.
Email Post
Labels: bookcase Freecycle Gandhi poem Poetry

Maggie May said…
i love that movie. i was so young when i saw it. i chewed all ten nails down to bloody stumps because it was so upsetting.
8:22 PM

ButtonHole said…
Thanks for the heads up on the Freecycle. HOWEVER, I have NEVER seen a web site with more hoops to jump through. I've created two new accounts so far, verified one through email, and am now awaiting word on whether I'm "approved" to join "the group" or not. I'm sure I won't be. It's a theme I have going down in my life: left out and forgotten. Just wait.
9:50 PM

Lisa Nanette Allender said…
Hi Coll. Can you believe I've NEVER seen Gandhi? Of course, I've read numerous books on the great Peace-maker, and promoter of peaceful resistance, but somehow never managed to see the film. I'm hheaded to Net Flix, right now. Thanks for mentioning the film. This was the little click in the a^& I needed, to order it & make time to see it!
I do hope you're feeling chipper soon, too!
10:48 AM