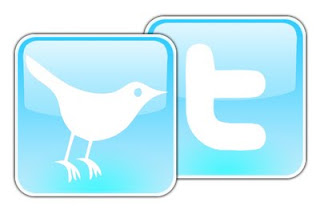 Anonymous said…
Collin, for the list..please add me. = )

Anonymous said…
Thanks for the shout, Collin. Great that you're doing this to help us all connect.
4:22 PM

Mark Holloway said…
If the others all move up a bit you might have room to squeeze me in
@forgottenworks
5:59 PM

Anonymous said…
Thanks so much for the inclusion and all the work that went into the list! - Bryan Borland
10:37 PM

Nick Piombino said…
Would appreciate it if you would add my name to your growing list.
Nick Piombino
11:27 PM

Rose said…
You overlooked me, but that's ok. Great List!

Anonymous said…
Hi Collin,
Would love to be added to your next list of poets.

Anonymous said…
I am not famous or widely published, but I do write poetry. Great idea :)

kelli Justice said…
Please add me... I've been around and have come back obessively ;-)

Anonymous said…
Collin, thank you for the time you have put into making these lists. It's very generous of you to give poets a way to connect with one another on Twitter.
1:13 AM

Sarah said…
HI! Please add me to your next list. Thanks!

Rupert said…
i'm just a desktop kinda guy but I can be Tweet-found -@RupertF - thanks!
8:23 AM

Jinkyong said…
I hope to be on your next list. My name is Julia Allen and my twitter is @juliassi
12:46 PM

Brian Campbell said…
Remarkable what you're doing here. I proclaim you Poet Hero of the Twitters.

Lisa Nanette Allender said…
Okay, somebody is very tired.
The comment I left earlier, Should read:
@LisaNAllender
2:28 AM

JL Kato said…
Please include me on on the 3.0 list. Thank you.

Tim Hamilton said…
Can you please include me on the list?

the amplified bard said…
Hi there. Please add me to your 3.0 twitter list. My name is Radames Ortiz (@RadamesO. Thanks!
3:00 AM

It's such an honor to be included on this great list of Twitter poets. Thanks for doing such a great service for our Twitter poetry community!
4:12 PM

Martha Silano said…
Please include me in your 3.0 list. My tweet handle is marthasilano, and I blog at http://bluepositive.blogspot.com thanks!
4:33 PM

Alex said…
Hi there,
please add me to your 3.0 list.
My name is Alex von Vaupel, @alexvonvaupel on Twitter, and I blog here: http://alexvonvaupel.com

Writer said…
This comment has been removed by the author.
6:51 PM

The Muse said…
Thank you for the opportunity to listen, discuss, and learn...