Five Questions For... Will Kenyon 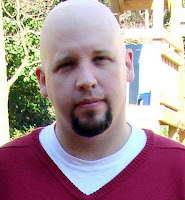 Who the hell do you think you are?
Well, I used to think I was the second coming of Yeats or Edgar Allan Poe – two of my literary heroes. Then I grew up, reality set in, and I realized that I was just one of millions of assholes who think they're the second coming of Yeats or Poe – or whichever literary giant each of us imagines himself or herself to be. Now I simply pride myself on having managed to get through a couple of decades still writing, and mostly living the life I choose. I haven't had to get a day job (although I have done everything from roofing houses to tending bar), and I haven't compromised my vision on what I want to achieve. I do know that the path I chose is fucking hard – harder than it was 25 years ago when I started out – and I don't have any illusions about my frightening potential for failure. But... who am I? I'm the guy you know who will die with a pen in his hand. Or a shovel. I guess it depends on the day. 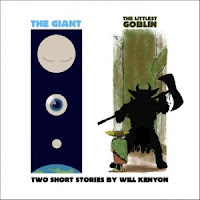 Your short stories The Giant and The Littlest Goblin are fantastic little sci-fi/fantasy tales, but they each seem like part of a larger story. Do you plan to expand on these stories?
The number of people who have said that exact thing is now getting to be staggeringly high. Some say it about Giant. Some say Goblin. Some say both. And the answer is... sort of. I have no intention of expanding the story of the Captain versus God (The Giant). I don't know where I'd go with that. The story of little Emys, however... I have an idea for something new, and she'd be the perfect protagonist for the point I'd like to make. The Littlest Goblin is a partial political allegory, you see, and Emys is the perfect logical foil for a bunch of the illogical bullshit which permeates our current political landscape. And yet, her story is high fantasy, so, yes... I'd love to continue hiding my blatant political commentary behind a three-foot tall green goblin girl with a bump on her nose. And I think I will.

You chose to self-pub the short stories on Kindle for 99 cents. What lead you to that decision and how has the experience been working strictly in the e-world?
My writing life was divided into three parts: 1) writing client-based stuff that put dollars in the bank, 2) writing stories and poems that suited me and that I hoped spoke to other people, and 3) trying to get agents, publishers, and editors to like some of my stories and poems enough to put them into print. I've had moderate success with #3, but after more than two decades of writing, I've simply generated a lot more material than I've had published. And while I'm waiting around for the agents, publishers and editors, I've decided to put a portion of that same good stuff into print myself.

You're hoping to work with a small press in the future, but if that doesn't come to fruition would you go the ebook route again? Is working with a press or agent even necessary as long as you have a good editor and story to tell?
I think the best way to answer that is tell you about a writing workshop I went to last summer. During a large conference session, several agents and editors took questions from a room full of writers and wannabe writers. A writer (not me) actually asked the publishing reps a question similar to the one you just asked. One agent proceeded to rail against self-publishing, independent publishing, and electronic publishing as if it were Satan and she were Joan of Arc. She also admitted to not knowing anything about Kindles, Nooks or iPads. She also said she rarely used e-mail and wasn't on Facebook, Twitter or LinkedIn. Agents and publishers used to have a solid hold on both the marketing and distribution aspects of writing. They've all but handed the marketing over to writers and independent agencies, and now Amazon, Barnes & Noble and iTunes are eroding their hold on distribution. If they don't change their model to match what's going on around them, they're going to become obsolete. I think that agent railed against a world she obviously didn't understand because it scared the shit out of her. 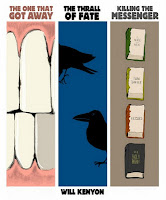 Tell us about the projects you're working on now.
I've just published a second short story collection, The One That Got Away & More, which is only .99 cents. They're genre stories, just like Giant and Goblin, which I find ironic, since I don't consider myself a genre writer necessarily. I'm also almost finished with a short novel that I'm going to have available by Christmas. There's also another novel, which is what I consider my highest achievement. It's currently sitting  on the desks of two agents, an editor, and an independent publishing house. If even one of those people called me tomorrow, I'd probably say "Hey, how you doin'? Where do I sign?" So you see, even though I think there are serious problems with traditional publishing, and even though I'm working outside of those walls, I'd happily go the traditional route. Although I'd probably be a pain in their collective ass....

Unknown said…
Thoroughly enjoyed this interview with Kenyon. It was very helpful.
9:03 AM