Friday the 13th is supposed to be a day of bad luck and deranged madmen wearing hockey masks chasing you with machetes. To counteract that notion, I've joined with 30 other authors in various genres for this special blog hop. By visiting each author's blog, you'll find out more about their work and, at the end of the hop, you'll have a chance to win a Kindle.The hop actually begins at Bri Clark's blog, Belle of Boise, so if you want to start from the beginning click her blog name.

There are no hatchet-wielding psycho killers in my two mystery/suspense novels, Conquering Venus and Remain In Light (which is a finalist for the 2012 Townsend Prize for Fiction), but there is Frederick Dubois, who casts a long shadow over both books and will continue to do so in a third. Is Frederick Dubois a killer or a pawn in a much bigger game?

In 1968, Frederick is recruited by the French government to infiltrate the Beaux-Arts School to keep tabs on radicals that President Charles de Gaulle believe are trying to overthrow the country. Frederick poses as an art student and seduces one of his professors, Jean-Louis Laureux, who is believed to be one of the main agitators leading up to the student/worker riots. Despite being happily married to his wife, Irène, Jean-Louis falls in love with Frederick, but realizes too late that he's caught up in a deadly game of politics.

Did Frederick murder Jean-Louis or did he commit suicide? Irène Laureux searches for Frederick Dubois for 30 years, but he seems to have disappeared. With the help of a tenacious American writer named Martin Paige, Irène discovers that Frederick lives under many alias, has amassed a fortune and is rumored to be the man behind France's drug trade. The events in Remain In Light put Irène and Frederick on a collision course that will illuminate decades of secrets, lies and unrequited love.

Remain In Light is the second book in The Venus Trilogy, preceded by Conquering Venus. I'm working on the outline for the third novel now. My goal with this trilogy was to write each book so that it could stand alone, yet connect a larger story and characters together. So, feel free to start with Remain In Light or Conquering Venus.

Thanks for stopping by my blog to find out more about my books. The next stop on the blog hop is Rachel Van Dyken. Just click on the image below to visit her site. 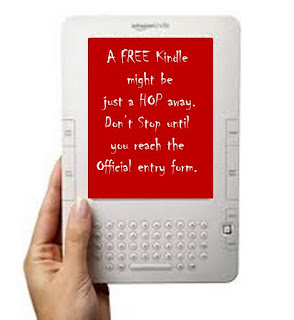 Chelle Cordero said…
I like the idea of countering all the negative images of Friday the 13th - which for some inexplicable reason has always been a lucky day for me.

Oh well, maybe it's best to sit here and read the posts in this hop. So far, the cat who is trying to take over my chair isn't acting spooky. . .

Melinda said…
Congratulations on being a finalist, Collin - what a wonderful honor!
11:37 AM

Betty said…
Thanks for the great post and congrats on being a finalist!

LisaLinenLady said…
Funny, Being raised by a Florentine mother, I was always told that in Italy, the number 13 is actually a LUCKY number. If you're afraid of 13, pretend it's Opposite Day
1:13 PM

Bron said…
Fab news about being a finalist. Congrats. I love a good suspense, I'll have ot add you to the TBR pile!
3:00 PM

Savannah said…
Congrats on being a finalist!! Thanks for posting today

June M. said…
I have always loved mystery/suspense. Thank you for taking part in the blog hop.
manning_j2004 at yahoo dot com
3:49 PM

Linda Henderson said…
Thank you for participating in this blog hop. Congratulations on your being a finalist.

Unknown said…
Congrats! I have really enjoyed this blog hop, finding new blogs. Had a few that has given me problems posting but will continue with the ones I can post on.

VampedChik said…
Thanks so much for sharing! Happy Friday the 13th!!!
-Amber
goodblinknpark@yahoo.com
5:46 PM

SusieQ_too said…
Enjoying hearing about all these wonderful books!
8:46 PM

Gena Robertson said…
Congratulations on being a finalist!

Thank you so much for participating in this hop!

Sherry said…
Thanks for the being in the blog hop and congratulations on being a finalist.
strodesherry4 at gmail dot com
12:09 AM