Tell us about your adaptation of Beowulf for kids. What prompted you to reinterpret the classic in verse?
When my eldest son was about six, he was really into Beowulf. My sister bought him a very beautiful version for kids, but it was long and written in prose. I felt that kids wanted the meat of the story, the action, but also more importantly, I felt a prosaic adaptation destroyed the feel of the original text. I wanted the kids to hear the music of Anglo-Saxon verse as well. So I looked long and hard for a kids adaptation in verse and found none. I decided it if can’t be found, I may as well write it myself.

You’re now living in India. What are you’re doing there and how it has informed your new writing?
My wife and I have wanted to move here for a while. But we wanted to wait for my eldest son, who is now sixteen, to finish high school. However as the economy went further south as well as our own financial situation, we made the move. My wife went from being housewife to 9-5 and I went from 9-5 to being househusband. So the change has affected my writing in several ways. First, I have more time to write. But I have also gone from a stressful urban western environment to a low-stress, rural environment that, while incorporating some western ways of life, has still managed to keep many of its eastern traditions. Because I have only been in india for a short while, I don’t think it has made a significant difference yet, but I do think in time it will. I have a blog called Poet of Indian Origin about my experiences here in the country and how it affects my writing.

You have a beautiful blog and are active on Twitter, Facebook and other social media. How has social media helped or hindered your work as a poet?
Hindered? Not at all. Before social media, poets were over here and editors were over there. Now we are all one community of people. In my first year or two on social media I met way more poets and editors, even if just in cyberspace, than I ever did in the ten years previously. It has made a huge difference. I am a writer by nature and an IT professional by trade, so for me it came easy, and as an introvert, it was a warm welcome. The idea of networking is so much different now than when my parents were my age. 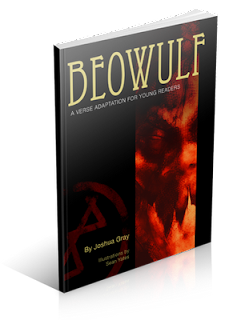 Tell us about the Gaiapoetopia project you’re involved in.
I was hoping you’d ask. To borrow from the press release I am drafting, Gaiapoetopia is a new volunteer organization devoted to the global advocacy of poetry and related arts. I founded the organization under the belief that poetry has become a marginalized art form. I originally thought of an organization for poetry advocacy when I was a guest speaker at my younger son’s first grade school classroom. The class was doing a brief lesson on poetry towards the end of the school year with no previous exposure to the craft. I thought, it’s no wonder that poetry is considered inaccessible. How can you understand something you are not exposed to? As the DC Poetry Examiner for Examiner.com for two years, all my suspicions were reinforced when I noticed that only poets and poetry lovers were reading and reacting to my articles. Mainstream Washington DC as a rule never read them, although it did read and react to literary reviews and other cultural articles. So, I want Ellen and Letterman to have poets on her shows as well as Hollywood celebrities. I want Rita Dove to be as common a name as Lady Gaga. I want schools to teach poetry within their lessons instead of as a separate lesson, just like they do with prose pieces. Currently I am working on a resources portion of the Web site (www.gaiapoetopia.org), so that people who want to teach poetry but don’t know where to start now have that place. I also have a section called Poetrees – a poetree is a person or organization – not necessarily a poet – who has in their own way brought poetry to the masses.

Name three poetry collections you’ve read recently that you would recommend to others.
When people ask me for collection/anthology recommendations, the first book I always say is A Book of Luminous Things: An International Anthology of Poetry, edited by C. Milosz – there are many poems in it that are not often anthologized, as well as others that are, and Milosz’s commentary on each poem is short yet sweet. As far as anthologies are concerned, a great runner-up is G. Keillor’s Good Poems for Hard Times – part of his Good Poems series. Being the DC Poetry Examiner, I read a lot of locally-based poetry for a while. I have to say that Midnight Voices by Deborah Ager and Difficult Beauty by Louis Alberto Ambroggio and translated by Yvette Neisser Moreno top the list. So okay, that was four.
Email Post
Labels: Beowulf Gaiapoetopia India Joshua Gray poet Poetry social media