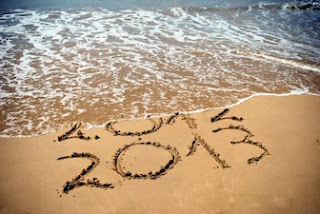 Is it my imagination or did 2012 go by in a blink? Personally, it's been an amazing year. My second novel, Remain In Light, has been well-received, I self-published an ebook of short stories, Kiss Shot, and finalized the manuscript for my next poetry collection, Render, coming in April 2013. I'm well into the third novel, have a chapbook manuscript under way and ideas for more projects stretching well into the future. No writer's block here.

Of course, the highlight of 2012 was my time in London. The opportunity to read at the Polari series at SouthBank Centre (thank you again, Paul Burston) was an honor, not to mention spending time with my good friends and fellow writers in my favorite city in the world. The energy of London inspires me and I was thrilled to be there on the last day of the Queen's Jubilee and to feel the excitement of the Olympics (which were spectacular). I plan to spend more than a month in London in the summer of 2013, which means more readings, more writing and more chilling out with my friends. Details soon. I can't wait!

This past year was fraught with politics and I am so glad the presidential election is over. I hope the next four years will see our economy continuing to approve (even if we do slip off the fiscal cliff), that the LGBTQI community will continue to make advances and history (I'll be watching and blogging about the Supreme Court cases for sure!) and that we finally have some serious discussion about gun control after the tragedy in Newtown.

I want to thank everyone who reads Modern Confessional for their continued support and simply just for stopping by on a regular basis. May 2013 will mark my 10th year as a blogger, which also boggles my mind.

Always enjoy your offerings, Collin. I'm looking forward to publication of your "Render". Best wishes for a great year.
12:33 PM

Anonymous said…
It's so awesome how you've been so committed to writing, the literary life, and politics. It seems all of this lights your fire, and thus lights up the world.