Must watch: "The Fall" 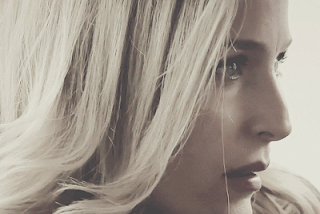 For the past three weeks, I have been engrossed in the new British drama The Fall starring the brilliant Gillian Anderson. It's airing in the UK on BBC 2 and on the iPlayer, so I've been watching it in weekly installments. Yesterday, Netflix released all five episodes of the first series here in America. Run, do not walk, to your computer or tablet and watch this show.

Anderson plays Stella Gibson, a London police detective sent to Belfast to find an unusual serial killer – a grief counselor with a wife and two kids. We know who he is and who is victims are going to be, but we don't know why this seemingly normal family man is cold-blooded killer. The show is beautifully filmed, the pace is deliberate and dark and the tension is palpable. The Fall has been a huge hit in the UK and was just picked up for a second series. There hasn't been a character like Gibson since Helen Mirren played Jane Tennyson in Prime Suspect (one of the greatest series ever). Anderson is sure to win a raft of awards. And deservedly so.
Email Post
Labels: BBC Belfast British Gillian Anderson Netflix Northern Ireland serial killer The Fall UK