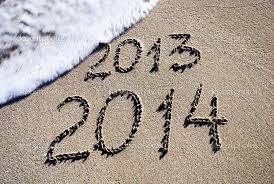 I was going to try and get all eloquent on your asses about 2013, but, frankly, I'm just tired and ready for it to be over. It truly has been a year of extreme highs and lows.

Professionally, this has been one of the best years of my life. My poetry collection, Render, has been well-received, reviewed and made three Best of 2013 lists in the Atlanta Journal-Constitution, Split this Rock and Karen Weyant's list at The Scrapper Poet blog. I gave 23 readings in 2013, including amazing events in New York and LA (accompanied by the fabulous Theresa Davis). As I've said before, Sibling Rivalry Press has been a dream to work with and have taken good care of me.

Speaking of Sibling Rivalry Press, they also came to my rescue over the summer and not only picked up my novels Conquering Venus and Remain In Light, but the third book in the trilogy, Leaving Paris. Once again, the attention to detail and hard work from Bryan Borland and Seth Pennington was above and beyond the call of duty. I cannot say thank you enough.

I was honored to have a number of my poems selected for fantastic anthologies, including the Southern Poetry Anthology, Flicker & Spark and Rabbit Ears and my poem "To Margot Kidder, With Love" appeared on Verse Daily.

Personally, this year has been horrible. My father died of a heart attack in April (caused by complications from diabetes and eight years on dialysis) and then my maternal grandmother died of pancreatic cancer just before Christmas. This double blow has been extremely hard on my mother and what remains of our family. I haven't been able to fully write about either yet, but I'm beginning too. That's how I'll work through my grief and honor them. There are poems and stories to be told.

There was also upheaval at my job as an editor. The newspaper was sold to a new company and the transition wasn't easy after having worked with the same group of folks for more than a decade. Luckily, I was able to settle in and the paper is doing well. Because of the transition, my planned month-long sabbatical in London this past summer went down the toilet, too, which was another blow to my spirit.

I see 2014 as a rebuilding and work year. I lost months of writing time on Leaving Paris and haven't written a poem since the beginning of the year. I'm going to keep my reading/appearance schedule light, and by hook or by crook I will get back to London even if it's just for a week. I can't go too long without being in the UK. It truly is my spiritual home, cliched as that sounds. I'm sure some interesting opportunities will present themselves during the new year (they always do) and I will weigh whether they are worth my time and energy. I might say "no" a little bit more often in 2014 to preserve time for writing.

To all of you who read Modern Confessional (which celebrated its 10th anniversary back in the spring), thank you for the ongoing support of this blog and my writing. I wish all of you a happy, healthy and prosperous New Year. I'm leaving you with a song by my favorite band of the year, London Grammar.

Lisa Nanette Allender said…
Dearest Coll-Coll,
I cannot imagine the sorrow of losing your sweet Daddy and your beloved "Moom-Moom"....
I think there will still be-- in 2014--much beauty to be had, though.
You are very strong, and I know writing about what's happened, will heal the edges....
My Daddy asked about AQLF; he's wanting to come to our Readings again this year, and has asked about you, many times, Collin.
My Mom is hanging in there, but needs more Physical Therapy. Perhaps when she is in Newnan, we can ALL (You, Her, maybe Danny Morrison, me) meetup for dinner (she's booked there from January 19th through January 21st, at CTCA).
Sending Love and Gratefulness for YOU. And your Blog. :)

Kate Evans said…
Wow,10 years on the blog. You are an amazing writer and supporter of the arts. I'm sure you father and grandmother are cheering you on from the great beyond.

Big hug to you, dear man--maybe we'll luck out and cross paths outside of cyberspace this year.