Beyond the Black Forest: In praise of Vanessa Daou 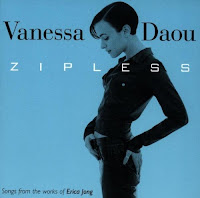 Paris. Summer 1995. A tiny hotel room in the 11th arrondissement near Place de la République. I have fallen madly in love with a blonde-haired boy, and we lounge on the bed as afternoon turns to evening. The tiny television is tuned to a music video channel, the sound at mood-enhancing volume. Over the indistinct cacophony of the city seeping in from the open window, I hear a familiar voice. I prop on one elbow, focus on the screen and there is a lithe woman with a pixie haircut cooing seductively over a languid, piano-driven trip-hop beat as dancers gyrate around her. It is Vanessa Daou singing "Near the Black Forest" from her iconic debut album Zipless based on the work of Erica Jong. If there was ever a more perfect song for seduction, I couldn't think of one. We hear it again later at a disco in the Marais, grinding against each other, Vanessa's song our aural talisman. The love affair, sadly, ends after Paris, but my love of Vanessa Daou remains. In some bit of surreal synchronicity, Vanessa is now my friend and collaborator. Love lost, love gained. 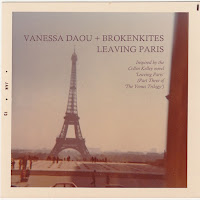 Fast-forward to the summer of 2015. I am finishing the final book in The Venus Trilogy inspired by that trip to Paris so many years ago. Vanessa calls me and says she is wild about a piece of instrumental music used in the teaser trailer for the third book called Leaving Paris. She wants to write a song based on my trilogy and build on a sample of the trailer music. I put her in touch with brokenkites, the Atlanta-based electronic artist who has also become a frequent collaborator, and a few months later, Vanessa sends the demo called "Leaving Paris." It is a haunting, melancholy love letter to the City of Light and perfectly encapsulates the trilogy. I cry for half an hour after hearing the song. Vanessa Daou's hybrid of jazz, pop, trip-hop, house and spoken word has been the soundtrack to my life for the past 20 years. Now I am part of the soundtrack. A truly full-circle moment. How did this wondrous thing happen? 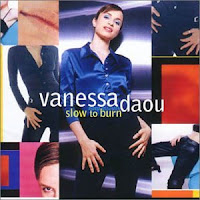 Jump back 10 years to 2005. My first poetry collection, Better To Travel, had been a success upon its release two years before and I am working with a small press to produce a limited edition chapbook of new work called What Remains. Then I learn that a poetry chapbook with that same title has won a big award and will be published at the same time. As I cast about for a new title, I keep coming back to a poem called "Slow To Burn" inspired by Vanessa Daou's second solo album from 1996. My publisher loves the title, and the subsequent chapbook from MetroMania Press is a gorgeous artifact with midnight black cardstock covers and the title stamped in red foil. On impulse, I look up Vanessa's website and find an email address. I've never written a fan letter before, but I type up a short note thanking her for the years of inspiration and tell her I would be happy to send a copy of the chapbook. I hit send, never expecting a reply. But a few months later, a response comes. Not from an assistant or record company PR person, but from Vanessa herself. It's a short note of thanks and a mailing address. I put a copy of Slow To Burn in the mail that afternoon, never expecting a response. A few weeks later, I receive another email. Vanessa Daou has read my book and is full of praise for the poetry. To say I am gobsmacked would be an understatement. This begins a series of emails, which eventually leads to text messages and Vanessa's invitation to lunch the next time I am in New York. 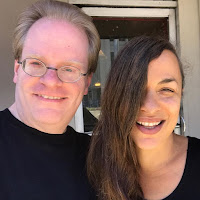 I meet Vanessa in a French restaurant (of course) in Manhattan. Gone is the pixie cut, replaced by long flowing curls, but the face and voice are unmistakable. I am scared shitless that I will spill wine, drop food down my shirt, say something incredibly stupid. How many people get to meet their muses, much less sit down to dinner with them? She puts me quickly at ease and we talk for several hours, bonding over poetry, music, and stories of passionate relationships. She lets me hear clips from her new album in progress, Joe Sent Me. Vanessa is warm, funny and – having met more than a few celebrities in my career as a journalist – there is no pretension. Just an all-consuming passion for art. We become fast friends. I will meet Vanessa many times in New York, including the summer of 2013 when she's front row as I read from my poetry collection Render in Bryant Park. By then, there's another new album, Light Sweet Crude – one of the best collections of music in her career. Vanessa was savvy enough to keep the digital rights to her catalog of music and start her own label. The music, the artwork, the packaging – she is in total control of her artistic output. A woman after my own heart. 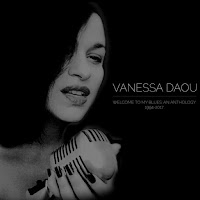 In the fall of 2015, I am in Los Angeles to direct a music video for the song Vanessa has written based on my novel, Leaving Paris. I have a concept in mind for the visuals, but Vanessa has a better one. We film all afternoon, improvising most of the scenes, laughing at the good fortune of great light and shadows that only Los Angeles can provide. And here is another one of those moments where I must pause and take stock: first that I'm directing a music video (?!) and second that it's Vanessa Daou. 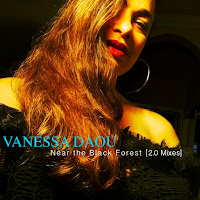 Now it's summer 2017 and Vanessa is giving her fans a double shot of Daou: a greatest hits album called Welcome to My Blues spanning her entire career (with all the best songs from Zipless, Slow To Burn, Dear John Coltrane, Plutonium Glow, Make You Love, Joe Sent Me and Light Sweet Crude) and Zipless 2.0, featuring fantastic remixes and reinterpretations of that album's classic tracks including "Near the Black Forest."

Over lunch with Vanessa in LA a couple of weeks ago, we talk about a project that's been simmering for some time: a full album of songs based on my poems. And I am suddenly transported back 22 years to the little hotel in Paris where I first heard that inimitable voice on a June afternoon not so different from this one. I don't know where that fair-haired boy got to, but I know that my dear friend is always a phone call, text or plane ride away. Love... always.

Unknown said…
Your diligence over the years has lead you on a beautiful journey, Collin. It has been a pleasure witnessing your growth and accomplishments along the way. I am so happy for you. Bravo, my friend! Blessings always, Merci
11:30 AM

Collin Kelley said…
Thank you for being part of that journey, Merci. xoxo
11:43 AM