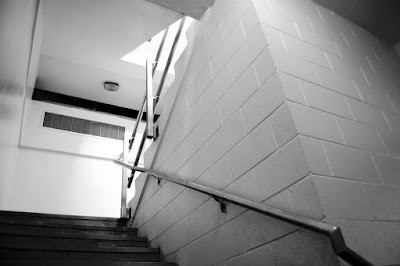 I committed suicide at 17, left a note folded in my car on a late October morning, my knuckles cold against frosty windshield as I pressed the paper to the dash. I parked in the high school lot, left the doors unlocked. I was riding with three other classmates to a university workshop, but I would not be coming home. I would leap from a rooftop, walk in front of a bus, selfishly snatch the steering wheel into oncoming traffic.

I left words for the boy I was desperately in love with, who was also poor and from a broken home. He followed me relentlessly, but would never let me in. I would sit on his bed, watch him undress, try not to stare. He would accidentally brush against me over and over, daring me to make the first move. I didn’t blame the boy. I just wanted him to know that I removed the elephant from the room, solved the unanswerable puzzle of us. He would try suicide later, sitting in his car on a snowy side street, confessing to my ghost as the love I had for him fogged the windows. It was always winter between us.

My death came at the hands of a frat boy who kissed me on a dark landing in the student center as I contemplated hurling myself down the stairs. He stood over me with a cigarette dangling from his lips, asking me back to his room, telling me I was beautiful. I did not go with him, but I stood up out of my body, flew into that other boy’s arms, tasted his smoky breath, felt his hands all over me, his hardness exploding against my leg. Then I walked over my corpse and did not look back. I have never wanted to die as much as I did that day when I was 17.

The note lay on my dash all day long, crinkled from the damp morning, turned crisp by the sun. I held it in my hands, read the words as a stranger would. Grieved for the loss, thankful it wasn’t me.