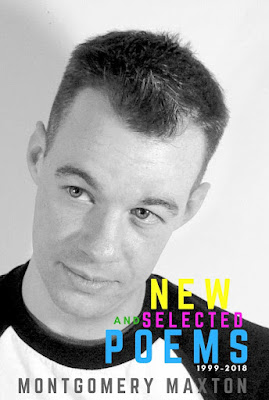 Montgomery Maxton is a poet, photographer and Manhattan bon vivant. He wouldn’t be out of place in a Bret Easton Ellis novel with his unfiltered social media chronicles of gay dating life in the Big Apple, encounters with homophobia, and jarring family dysfunction. And while he’s got a successful career in the tech world, it’s always been the poetry that he returns to when there is a moment of downtime in the whirl of excitement that his is jet-set life.

Maxton has just published New and SelectedPoems: 1999-2018, which offers an overview of his nearly two decades in verse. He hasn’t followed the usual career path of a poet, choosing to release the work via social media before compiling the work for collections. Eschewing the “po’biz,” Maxton follows none of the norms when it comes to publishing, often choosing to set work aside – sometimes for years – until he’s ready to release it to the world.

The artist began honing his various skills while still in high school in Cincinnati when he was living under his birth name, Michael Kenneth Feds. He was “severely bullied” by three classmates who regularly taunted him for being gay. The bullying escalated in 1999 when one of the bullies punched Maxton in the chest so hard that it caused damage to his heart. The incident, which is the subject of an upcoming documentary film set to go into production next year, would have a lasting impact on his art and personal life.

When Maxton finally came out as gay to his family, his parents were supportive, but he found himself ostracized by his father’s side of the family. After his father committed adultery and the subsequent divorce, Maxton was estranged from his paternal side of the family for years. During this turmoil, Maxton was also fired from his job at a credit union in Cincinnati due to his sexual orientation.

At the age of 23, he published his first piece of autobiographical short fiction in The Advocate and decided to change his name as a big “fuck you” to his father and his past. Around this same time, Maxton began to seriously pursue photography and found success with none other than National Geographic, which published his stark images of the Empire State Building, a controversial self-portrait of himself with his dying grandmother and a widely-circulated and praised photo of Barack Obama on the campaign trail.

His first poetry collection, This Beautiful Bizarre, would appear in 2010, while he was juggling a tempestuous and abusive relationship with a noted opera singer. Maxton was also despondent over the suicide of an early lover, who had remained a close friend and inspiration.

Maxton reinvented and empowered himself by making a long-awaited move to New York City, which yielded new career opportunities, a second poetry collection (Champagne), and completion of a graphic novel, The Manhattan Man, slated for publication soon. The move also prompted an uptick in Maxton’s social media profile (check out his Instagram), where he candidly writes about dates gone wrong, the challenges of living in the city and his demanding job in the flourishing tech industry. 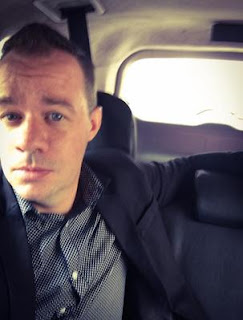 Maxton agreed to delve more deeply into his work and life through a series of email conversations.

Your latest book is New and Selected Poems. What will readers find inside? Obviously new work but also poems culled from your previous two collections? Tell us more.
This book was born out of a drunken love affair between myself and my editor at a Manhattan dive bar. I was originally going to release a third collection called Human Algorithm that fused my twenty years in the tech industry with trying to find sex and love with strangers on the smartphone apps. But since I’ve decided to focus on fiction and autobiography for the next few years, New and Selected has become a magnum opus for me. The poems I originally planned for the third collection are in here, plus work from the previous volumes and other unreleased poems from early in my writing career.

You, like many other artists these days, operate outside the mainstream - using micro/small presses or self-publishing to get your work to readers. That method was once frowned upon, but has now become commonplace. Any regrets?
I know it was once frowned upon, but times have changed. I read Rupi Kaur’s collection, Milk and Honey, last year and it’s brilliant. She began her career by posting poems on social media. You do whatever you can to make your voice heard. Unless someone’s going to give me a million-dollar book deal, my poetry and graphic novel publications will remain 100 percent in my control. I had a nasty experience with a publisher with my first collection and it left a bad taste in my mouth. So, I figured out how to do it on my own and it’s been great.

You seem to have written a lot of work, but aren’t in a rush to publish it. Most authors are burning up to get their work out there.
Yes, I have a backlog and it’s wild. I’ve written eight children’s books and I also have another graphic novel called The Philadelphia War, which should be out in 2019. I’ve started an autobiography and I’m deep into writing a dangerous, fucked up novel set on Wall Street. That book actually is my main focus right now. I also have a novella called Midnight that I wrote for five years and it’s just sitting there. 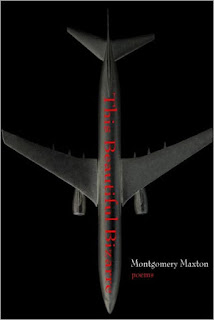 Tell us more about your graphic novel The Manhattan Man coming out later this year. How graphic will this graphic novel be?
I wrote this story in 2007 when I lived in NYC for six months. It’s about a young man that works on Wall Street and is an atheist who, upon taking a new sleep aid to prepare for his world travel, is visited by a voice that claims to be the Almighty. This voice gives dire warnings to him about his actions, choices, and what’s to come. The story, which has been illustrated by JAPA (aka Jack Innocent), is filled with stuff inspired by time in NYC: drugs, sex parties, heavy drinking – we held nothing back. I was drawn to this format because, in the last few years, I’ve found that so many great reads are graphic novels, like the amazing Here by Richard McGuire. I hope to turn additional stories into graphic novels as well.

Your photography has been widely seen and published by National Geographic. What is the intersection between your writing and visual lives?
I love to keep them separate. I’ve never combined them. One is my spouse and the other is my lover, but I’ll never tell you which is which. As a matter of fact, I’m not even sure I know anymore. But, hey, both give great head.
You are extremely candid about your adventurous dating life. Any plans to turn that into a book?
No, I would never write a book about it. I am very candid, but it’s a social media thing. I’m actually a very private person. I probably share too much. Someone told me to start filming it all, but I feel like that’s been done before. And how weird would it be to show up on a date with a camera crew? Poor guy would be like, “what the fuck?”

You dreamed of living and working in NYC and now you do. What lessons has the city taught you?
Don’t come here expecting to live like Carrie Bradshaw. Just because you pull six figures doesn’t mean you’re going to have it made. New York poor is an actual thing. The rent here sucks and you have to write a check on the spot for an apartment because someone else is waiting. If your train is delayed, you might miss out on a great apartment. I love NYC; I always will. But you know how the gays leave Manhattan for South Beach, because it’s like the Manhattan of the South, but also a different city where you still get the class but without the hard attitude and with better weather? I’ve been spending a lot of time down in the Miami area this past year and now I’m like, “hmmmmmm.” 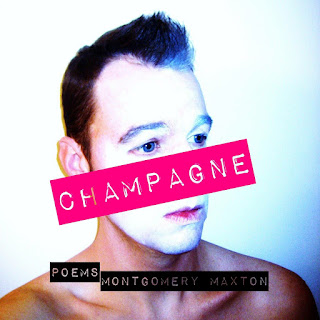 You have an incredibly healthy love life, and the details you’ve shared on social media are so candid and often hilarious. Are you ready to settle down again?
There’s a song on the new Janelle Monae album called “Crazy, Classic, Life,” and it is my anthem if there ever was one. That’s what I’m living – a crazy, classic life. Now, my love life is fabulous. It’s so fun to be with people, but I’m just now learning how to be with myself, hence traveling the world this year. My love life is so cool, but I’ve let real love get away from me because of my inability to handle my life. I met a lovely man in Philadelphia when I was in the throes of escaping from the opera singer, and he brought me a lot of comfort and much-needed love. Sadly, it ended after six months, and to be honest I think he might have been the greatest love of my life. I hope that I’m proven wrong. I’m focusing on me now. Loving myself is going great. Have you seen the gifts I buy myself?

You’re going to be the subject of a documentary about your life and the bullying you endured. What can you tell us about the preparation and where can we see it?
This documentary was my idea years and years ago, but it just started to get serious around 2015 and then in 2016 it exploded: financial backing, two crews – one for New York and one for Cincinnati. It’s called “Death of a Bully” and it’s about my life as a bullied teenager, the bullies who attacked me, and where we’ve all gone since then and the affects it has had on my life as an adult. Production wraps in September 2019, so look for it sometime around December of that year. I’ll be posting more information and clips on Instagram and Facebook.

Finally, in the spirit of the Proust Questionnaire, what is your motto?
Don’t fly through life, but be first class.