Looking back, looking ahead 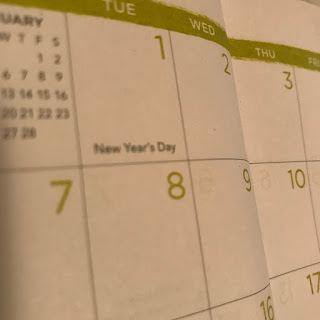 Five years ago, my poetry collection Render was published and, shortly thereafter, my father passed away. Fast forward to 2018 and another new collection, Midnight in a Perfect World, was released and my mother made her transition a few weeks later. Some might think of this as a curse, but I see it as a natural cycle of birth and death. The books and their attendant need for publicity, readings and planning have helped distract me from thinking about the loss of my parents, but have also caused me to reflect more deeply on the time I have left and what I want to accomplish.

My mother's death was not as peaceful as it should have been. She believed she had more time and her rapid decline knocked her sideways. Although she had been diagnosed with stomach cancer in the summer of 2016, my mom thought the radiation treatment had bought her additional years, so when she became ill in September she was thoroughly unprepared. There was anger, fear and irrational behavior. She should have had comfort care many weeks before she actually got it at the hospice. I have friends who have been caretakers for their ill or dying parents and heard plenty of horror stories, but the reality is much worse. The physical and emotional toll is something I will have to contend with for awhile, but I am processing the last few months by writing about it. I have four poems so far in various stages of completion. I wish I didn't have to write them, but perhaps they will be useful to others who are in a similar situation. My hope with everything I write is that readers will find resonance.

2019 is going to be a busy year, especially when it comes to events surrounding Midnight in a Perfect World. I'll be at the AWP Conference in Portland at the end of March and will be hosting the off-site Sibling Rivalry Press reading and doing a signing at the Atlanta Review table, among other activities. In April, I'll be heading to Los Angeles for three readings and in June I'm heading to London. There are other readings and events being planned now, so stay tuned for full details on all of that. I am looking forward to getting out of Atlanta and I'm plotting to stay in the UK for three weeks or more – or perhaps find a rich British man to marry me so I can stay permanently.

I've also started slowly putting together the next poetry collection. It might be another full-length or it might be a chapbook – it's hard to say this early on. I do know that the connective tissue will be California, specifically LA and San Francisco. Some of the poems have already been published, but there are others that will be looking for a home in 2019. I've got a list of journals I plant to submit to soon.

Something else that is in the works – and what has me reflecting on my remaining time on Earth as I approach my 50th birthday in September – is the donation of my personal archive to Georgia State University's Special Collections. I signed the paperwork and delivered some materials to them already. The process of going through 30 years of material – manuscripts, rough drafts, journals, correspondence and a mountain of ephemera – is sobering and liberating, not to mention a relief. Knowing that my work will be preserved forever (or at least while humans are still running things) gives me great peace of mind. Being able to help curate my archive is also a great way to focus on what has come before and what is coming next.