In Midnight in a Perfect World, Collin Kelley navigates the moody landscapes of desire, travels the dark edge of Eros in the 21st century of love, charting his passage in language sometimes brutal, sometimes lyrical, often both at once. And if that perfect world all lovers seek remains elusive, here we break the boundaries of the familiar and arrive in a place where we can breathe the twilight air and step, almost, into the dream of it, ourselves. - Cecilia Woloch 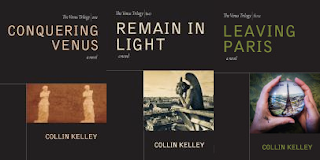 *Remain In Light - Townsend Prize for Fiction and Georgia Author of the Year finalist.

In 1968, Irène Laureux's husband was murdered during the Paris student and worker riots. Thirty years later, she is still on the hunt for the man who knows how and why Jean-Louis died – his secret lover, Frederick Dubois. Aiding in her search is American expat Martin Paige, a writer still reeling from a love affair gone wrong with a student, David McLaren. Martin meets a young poet, Christian, and the two fall in love, but their happiness is shaken when Martin's friend, Diane Jacobs, arrives in Paris with news that David has gone missing. Diane discovers that David's disappearance is more than just a missing person case with connections to drugs, stolen identities, long-hidden government secrets and a shocking connection to Irène's past. These critically acclaimed literary mysteries take readers from Memphis to London and into the dark underworld of the fabled City of Light in an epic story that spans more than 60 years of French history.

*Selected for American Library Association's 2014 Over the Rainbow List
*2013 Best Book of the Year selection by the Atlanta Journal-Constitution, Split This Rock and The Scrapper Poet.

Render is an absolutely beautiful telling of a life in poems: brave, direct, and crafted in short narratives that are both satisfying and disturbing in all the best ways. - Maureen Seaton

Purchase from Sibling Rivalry Press, Amazon, B&N or find it at an independent bookstore near you.

Kelley understands the South as well as Tennessee Williams, Flannery O'Connor and Carson McCullers... to name only a few. He has the language down pat and delivers it so surely that for a suspended moment in time the reader is utterly immersed in the bizarre situations he explores. - Grady Harp

Shocking in their plot turns, but always grounded in reality and solid in their fundamentals. - Chicago Center for Literature & Photography 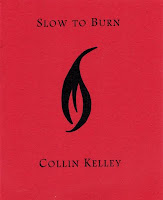 In examining his life through the flash-bulb points of memory – coming out, experiencing heartbreak, wrestling with the angel of death – Kelley creates a truly universal work that discusses the most painful of human experiences bravely and with unflinching honesty. - The Pedestal

Collin masterfully patterns his lines and juxtaposes pieces, varying his burn from spark to combustion to soft smolder. - SubtleTea

Purchase at Seven Kitchens Press or the eBook at Scribd.

With change and uncertainty on our American horizon, After the Poison will serve as literary time capsule, capturing the events that divided many us, tugged at our heart strings, made us take a stand or simply look away. Kelley’s rank as one of our country’s highly regarded contemporary poets is well deserved, as proven by the beautiful work in this exceptional collection. - Main Street Rag

Collin Kelley has America dead to rights in this collection of politically charged poems. - Alsop Review 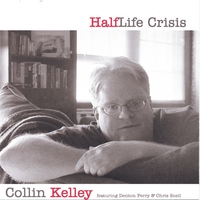 HalfLife Crisis is a cool complement to Better To Travel... the album is comprised of some of Kelley's best work. - SubtleTea

Purchase at iTunes or listen at Spotify.

Better To Travel is a force to be reckoned with. This collection moves smoothly and packs a punch, almost like a novel... it is a journey worth taking. - Lambda Book Report

The moving, stark work has the makings of a rising star of Atlanta letters. - Atlanta Pride Magazine

Mother Mary Comes To Me: A Pop Culture Poetry Anthology (2020, Madville Publishing; Co-edited with Karen Head)
*Named a 2022 Book All Georgians Should Ready by Georgia Center for the Book
The Virgin Mary long ago transcended her religious origins to become and instantly recognizable icon. From pop art to pop music, Mary’s status as the Mother of God continues to inspire the faithful and the secular. A statue of Mary weeping blood or appearing in a piece of toast still has the power to make front page news and bring the devoted running with candles and eBay bids. In Mother Mary Comes To Me, poets explore the intersection of the sacred and the larger than life persona that Mary has become throughout the ages and how she still holds sway in 21st century as a figure to be praised, feared and mined for pathos and humor.
Purchase at Madville Publishing.

Collin co-edited the Java Monkey Speaks anthology series, featuring poets who had appeared on the venerable Java Monkey stage during the weekly open mic hosted by Kodac Harrison in Decatur, GA. The series won Kelley and Harrison a Georgia Author of the Year Award and a Pushcart Prize was awarded to contributor Patricia Smith. These limited edition anthologies are now out of print except for Vol. 4, which is available at this link.